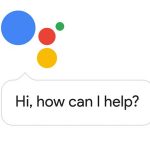 Google launched their Google Assistant app for their Pixel phones back in October 2016, and then slowly rolled out support for the app to other Android phones running Nougat (7.0) and later Marshmallow (6.0). They hadn’t talked much about support for Android tablets, but a few days ago, Google announced that Android tablets running Android 6 and 7 will get the Assistant app.